Gold Coast Marine Aquaculture (GCMA) is one of the largest Black Tiger Prawn farming companies in Australia with an annual production capacity of ≈ 1,000 tonnes.

The original farm was founded on Cane land at the mouth of the Logan River, South East Queensland by Noel Herbst in 1986; it remains a family owned business.

In 2010 GCMA was the first Black Tiger Prawn farm in the world to fully stock with juveniles from domesticated brood stock rather than juveniles bred from wild caught brood stock.

Gold Coast Marine Aquaculture (GCMA) has two farms, one at Mossman in Far North Queensland and one near the Gold Coast in South East Queensland.

The benefit of having two farms in different geographic locations is that GCMA can supply the market with fresh prawns from November to May. 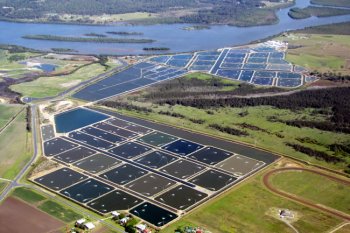 Season: mid-January to mid May

Situated on the mouth of the Logan River between Brisbane and the Gold Coast, the farm is ideally located to supply fresh prawns to Brisbane, Sydney and Melbourne.

The Logan River farm is fully integrated with its own Hatchery, Grow-out ponds; SQF 2000 accredited processing facility and cold store.

The farm at Mossman is the most Northern Prawn farm in Australia, the warmer climate means that it is the first farm to start harvesting in November and typically the farm with the largest sized prawns for this time of year.

Find out more about our Delivery Schedule and Product Specifications.